Until I Am Overflowing 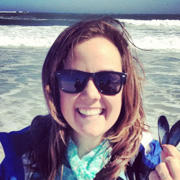 by Heather Reynolds Heather was a member of the first IMMERSION team that spent 6 months in Africa in 2012 and now is a full-time member of the IMMERSION staff team for Experience Mission.
1M Mozambique6M AfricaMozambique
Blog Home

"If you get rid of unfair practices, quit blaming victims, quit gossiping about other people's sins, if you are generous with the hungry and start giving yourselves to the down-and-out, then your lives will begin to glow in the darkness, your shadowed lives will be bathed in sunlight. I will always show you where to go. I'll give you a full life in the emptiest of places—firm muscles, strong bones. You'll be like a well-watered garden, a gurgling spring that never runs dry." (Isaiah 58: 9-11 MSG)

It arrived quietly and unexpectedly, rolling in with the heat of the day. At first we didn't believe it was real—but this is what we had hoped for, this is what we had been anticipating for the last six weeks. We turned up our palms and waited in silence, hanging our heads back to stare at the clouds. The mist settled on our eyelashes and then changed into drops that rolled down our cheeks. Before long, the wind grew stronger, ushering in the cool air and scattering the drops wildly in all directions. We laughed and ran for cover, standing under the tin roof that thundered with excitement.

It hadn't rained in Mocuba for several months. Crops were withering, wells were drying up, and families were forced to walk several kilometers to fetch their water from an overcrowded, dirty river. Just the day before, the well at the mission center where our team was staying on the weekends had reached its most desperate point. We could no longer pull up water in the old metal bucket. 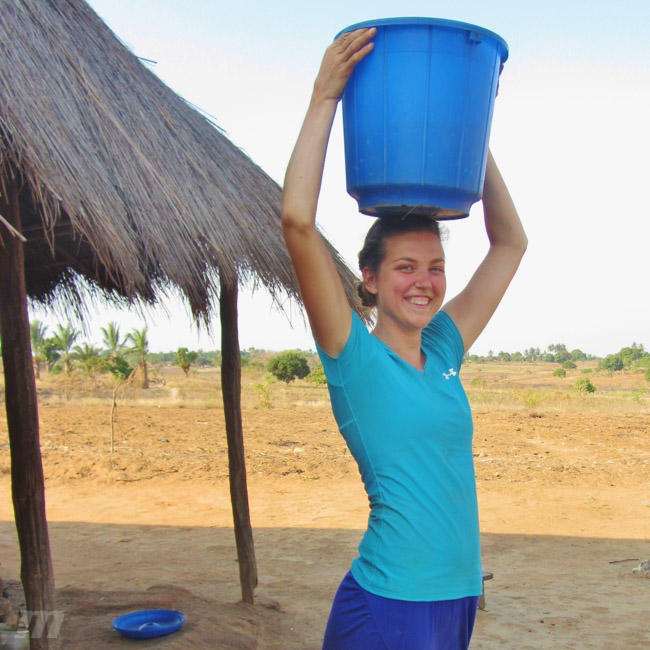 But then rain came. Not early, not late, but just in time—as if God was waiting for that precise moment to split open the sky. The rain fell so long and so hard that it replenished the two wells and several cisterns on the property. I watched as the rain poured off the corners of the roof and remembered how the team and I had spent entire afternoons hauling water from the almost-dry well. "We can't just let all this free water go to waste," I said, still feeling the stiffness in my back and neck from carrying water on my head. So we ran out into the storm, bringing every available bucket and tub with us and placing them around the house where there were already large puddles forming on the ground.

And before long, the buckets were overflowing. We collected the buckets and poured them into a large holding tank, then repositioned them around the yard. But we couldn't keep up! The rain was falling too fast. We began running frantically back and forth, but the once dry and cracked ground was now a river of mud. We kicked off our sandals and waded through the mess, laughing when we slipped and fell with the buckets still in our arms. We spent an entire hour transporting the water like the precious gift that it was and by mid-afternoon every inch of us was dripping with the long-awaited blessing.

It was an incredible afternoon, and one of my favorite memories from Mozambique. I know that after living in that community and experiencing hunger season with the people, I will never be able to think about water the same way. And after that afternoon, I don't think I will ever be able to see a rainstorm without reflecting on God's faithfulness.

In a few weeks, I will return to my home in the Midwest after six months of traveling and serving with the IMMERSION team in Africa. I'll go back to my warm shower, flushing toilet, washing machine and refrigerator with a built-in water purifier. But instead of feeling guilty for those conveniences and becoming overwhelmed by reverse culture shock, I want these daily luxuries to be tangible reminders of what I experienced alongside the people in Mocuba. I want to turn on a faucet and remember carrying water from the well with my 20-year-old neighbor, Anna, who was recently diagnosed with HIV-AIDS but is still incredibly strong. I never want to forget the way my teammates and I collected the water like diamonds from the sky or restricted ourselves to a small bucket bath because there simply wasn't enough for anything more. I never want to forget the overwhelming sense of thankfulness I felt on that rainy afternoon when God answered our prayers. 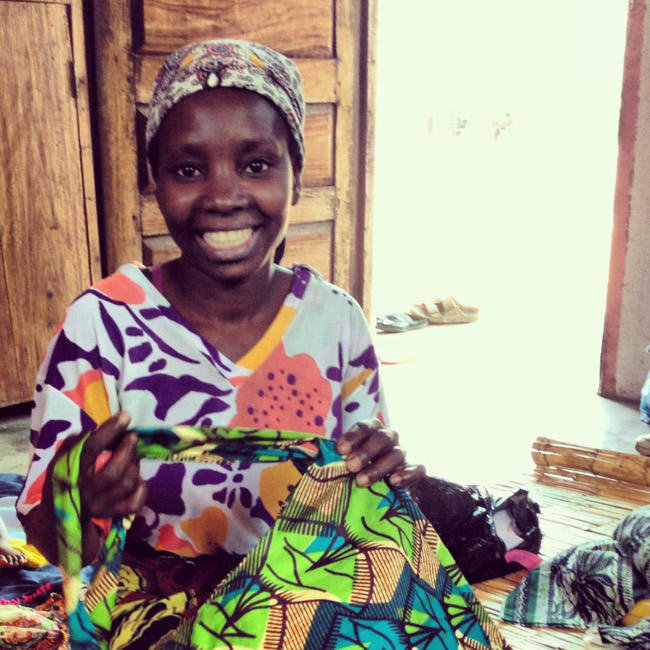 And even though my circumstances might be different at home, I want those same principles of stewardship and conservation to influence my daily life. Because the truth is, resources are precious and God has commanded us to be thoughtful keepers of creation. The timing of the rainstorm in Mozambique was a reminder of God's faithfulness and perfect plan. Do I wish it had rained during week one instead of week six? Of course. And I know that God could have done it. But I think he had something important to teach us through the drought. If he had given us rain when we first asked for it, we wouldn't have understood what it means to live without abundant, clean water. If it had rained during week one or two, we wouldn't have appreciated the hard task of carrying water from the well. We wouldn't have experienced the resilience of the Mozambican people as they worked tirelessly in their sun-scorched fields. We wouldn't have felt the same kind of joy when the rain finally came.

When I look back over the last few months of this trip (or really, the last few years of my life) I can clearly see God's faithfulness. I can see his perfect timing—the way he shows up at just the right moment, like the climax of a well-written movie script. But it's frustrating to wait for him sometimes. And it's a serious act of discipline to not jump ahead of him and take over. It requires constantly surrendering my plans and my timing to his wisdom.

Just like the rainstorm in Mozambique, there is something I have noticed about God over the last few years:
He's not usually early, but he's certainly never late.

He has continued to surprise me and strengthen me, giving me just what I need at just the right time. And although our journey together over the last few months hasn't always been easy, I'm thankful that he has been hiking and sweating and traveling with us. He hasn't abandoned us yet.

So as we continue our last few weeks of life in Africa, I believe that God will continue to show up in big ways, at just the right moment. I'm stretching out my palms in anticipation, believing that as I continue to pour my life into others he will fill me until I am overflowing.