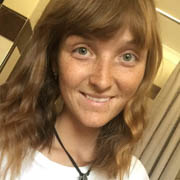 by Hannah English Hannah was a member of the 1-Month Africa IMMERSION team that traveled to the Himba Tribe of Namibia in the summer of 2017.
1M HimbaNamibia
Blog Home

Coming to Africa, I had huge expectations and felt quite a bit of pressure. It felt as if I didn’t have a progress report to bring home then my supporters and loved ones would think I just went on vacation. So, I came trying to overcome that thought.

Our goal was to live our mission, and I was determined to do that. Well, after several travel days and bumps along the road, I hit a huge roadblock. I was at war with myself. I thought, I have done nothing to help this beautiful place. How can I leave an impact, I’m just one person? Maybe I was mistaken about my calling? It was so frustrating.

So many thoughts rushed through my mind but the one that kept coming up was, Maybe I wasn’t called to this as much as I thought I was.

I fed into the enemies lies. I was ready to go home. It is usually at that point where we see God’s wonders, and that is exactly what happened.

We traveled to visit the Himba tribe. It was our first major visit into the tribes, and I didn’t know what to expect. As we drove up, the children ran to our car and followed us until we parked. The tribe had a few huts surrounded by little wood branch fences. Their church was a tree surrounded by a circle of rocks. From the huts, you could see an unbelievable view of the mountains. 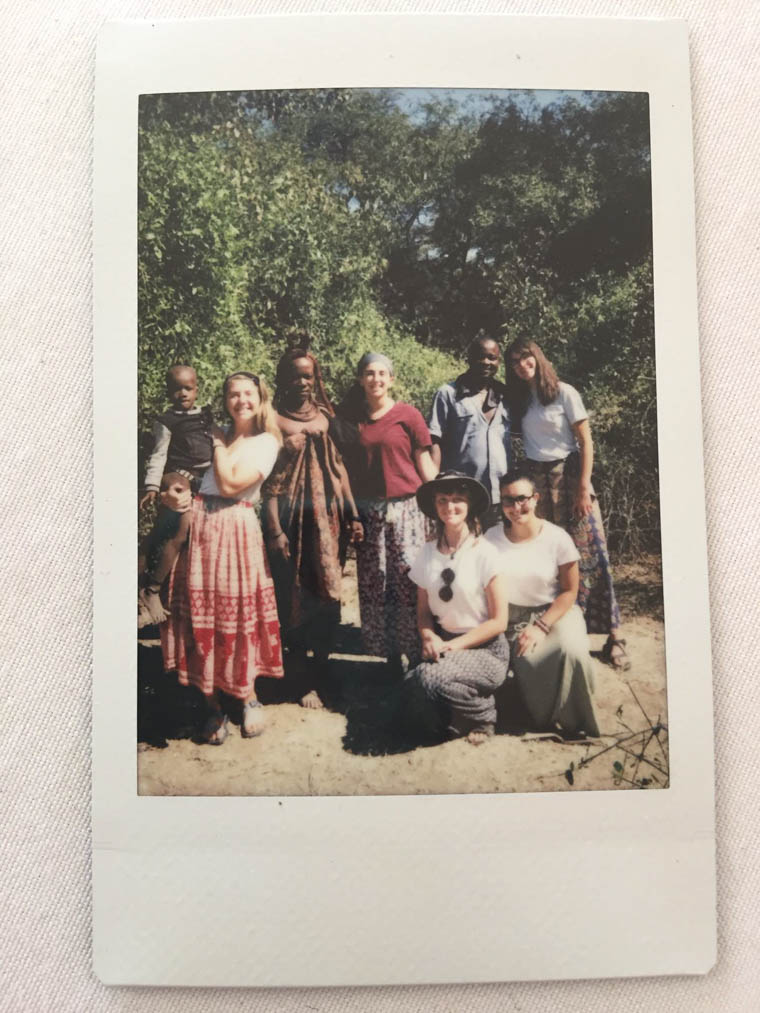 As soon as we stepped out of the car, the children clung to the “church” tree. We stood by the Land Rover completely separated from them because of the language barrier, until Katrina walked over. We followed. We connected so much with these kids. Not through words, but through actions. We started playing several games together. There were many laughs and smiles. One of the coolest things to see was their Himba leader laugh and smile like the children. There is one fact I know, we all laugh in the same language.

I sat on the rocks by a few children and watched the others play. A little boy sat by me. After a few seconds of me making rock castles, he grabbed my arm abruptly and started lightly petting it. He wanted to see if I was real, if my skin was like his… We looked into each other’s eyes and although we spoke different languages, we were the same inside. He not only touched my skin he touched my heart. This moment opened my eyes. That moment was worth the ENTIRE trip. If I could be the world to one boy than I have done what I was called to do. I realized something then. I wasn’t called to Africa to DO… but to BE. Jesus came and served on the earth for 30 years just going where the Father led, sitting and serving the broken. So, I too can be present. 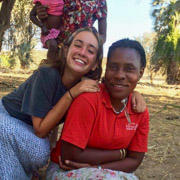 9 Lessons Bedenitha Taught Me
She was a mother, a counselor, a friend to so many, and most importantly a beautiful vessel of the Lord's kingdom and taught me so many valuable lessons I thought were too good not to share.
Read More 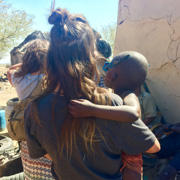 The Greatest of All
We are living, breathing, walking representations of the Gospel. We are lights, and called to live as Christ does. Just through loving our neighbors, this man was able to see the love the Jesus has for us.
Read More