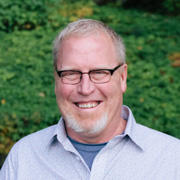 by Chris Clum Chris is the founder and Executive Director of Experience Mission which began in 2003 with a desire to bring opportunity and hope through meaningful relationships.
Blog Home

As a small boy, I remember being fascinated with other places around the world. I would look at pictures in National Geographic magazines and wonder what it would be like to live in these places so different than mine. It was the 1960s—three TV channels, no home computers and certainly no way to even imagine what the internet or social media could even be. Getting on a plane to fly out of the country wasn’t something I ever imagined. In my mind, only rich people, successful businessmen, or “missionaries" flew overseas.

In those days, missions was only for those very dedicated people who left everything to go live in one of these very different places. The rest of us supported those who had the courage to go. Then this new idea emerged… people began to talk about visiting missionaries in order to help them for a brief time. The people who went had the opportunity to see what mission work was really like. 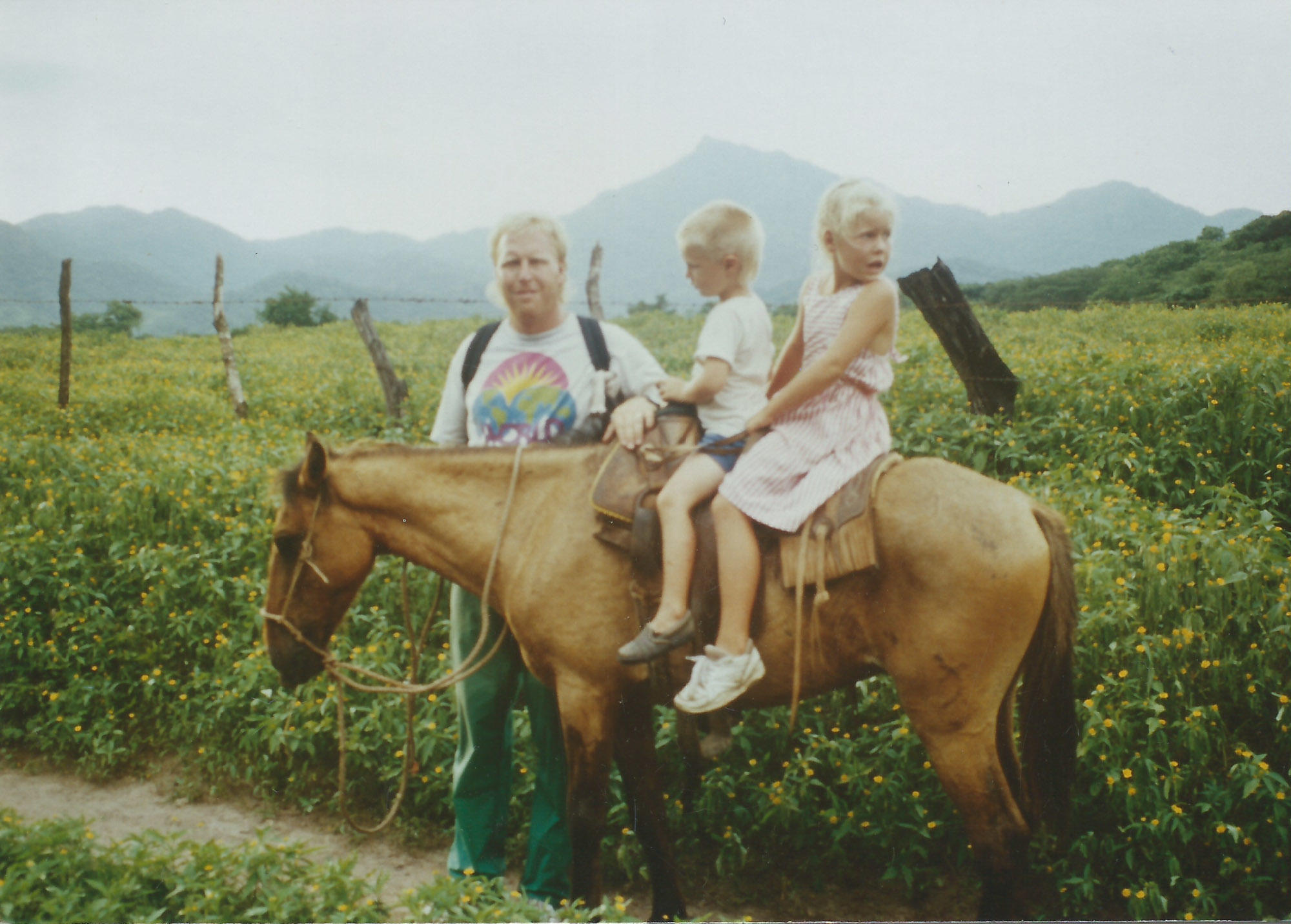 In the 1980s, our family started joining these short-term mission teams which were still a relatively small and novel phenomenon. The adventure, excitement, and impact these trips had in all of our lives as a family was tremendous. We were hooked. Soon we accepted a full-time position leading short-term trips with a mission organization.

Over the next several years we lead countless trips in the US and abroad, but in 1999 I had a series of encounters in Kosovo that radically changed how I viewed short-term missions.

That spring the United States began bombing Kosovo. I knew very little about Kosovo but I had previously traveled to neighboring Albania and I knew Kosovo was formerly part of Communist Yugoslavia. During the bombing, thousands of Kosovar people fled to Albania and when the bombing stopped in the fall they began to return. I was asked to be a part of a team to aid these refugees. We landed in Macedonia and traveled from there to the Kosovo border where we met KFOR tanks and troops along with thousands of returning refugees.

Using a piece of paper with handwritten names of families and the town they came from, we traveled throughout Kosovo trying to find them and determine how we could help. Over the next year and a half, I returned several times and heard stories from hundreds of families about ethnic cleansing, death, torture, rape, loss and the hardships of trying to forgive and find hope. One of the most heartbreaking stories I heard was that of the Berisha family which was featured in Newsweek during the Spring of 2001. (See the Newsweek Article)

The ethnic cleansing and destruction of the war left many people feeling broken. This was my first time working in the aftermath of this kind of destruction, and I was profoundly moved. I wanted to inspire hope and give the people a sense that their life and circumstances could dramatically improve… that God was real and He cared about the injustice. But how? 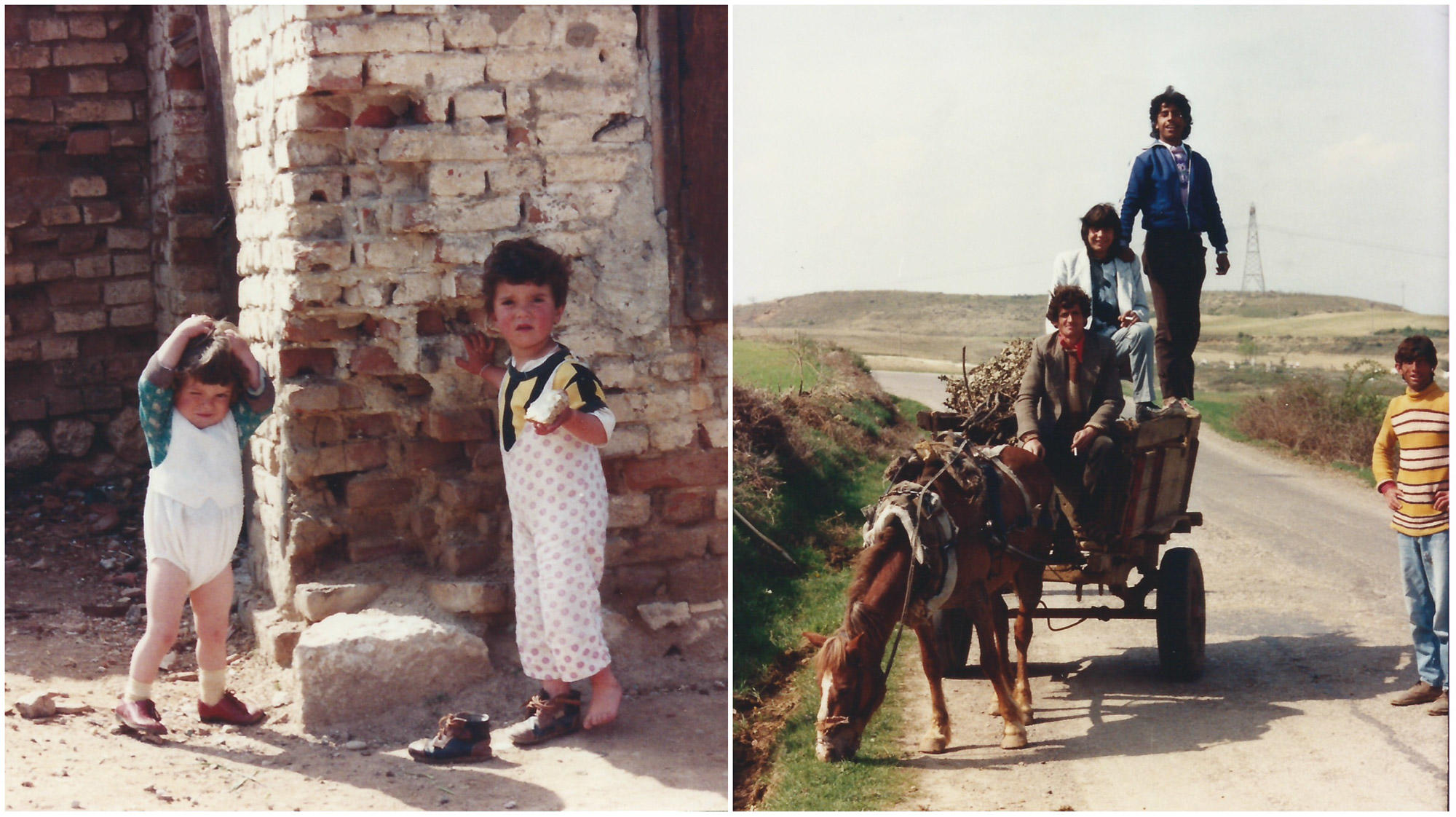 As I was heading up efforts to bring volunteers into Kosovo, I was struck by how the Americans were able to make these very emotional connections with the Kosovar Albanians as they ate together and helped work on homes in the towns of Semetisht and Suva Reka. This personal touch in the aftermath of such tragedy was powerful.

I remember a businesswoman who joined one of our teams and told me emphatically that she came expecting her primary purpose to be to do as much as she could to help address the practical needs in Kosovo. Although the funds had been able to do so much, she was overwhelmed by what had meant the most to the local people. It had been the simple fact that she had come to Kosovo along with the money.

She had worked beside them and taken the time to look into their eyes and show that she cared. They had become real people to her and not just faceless victims.

Certainly, the resources were critical in providing opportunities for people. Some donations helped rebuild homes, and others were used to help establish an English language school that meant people could get jobs as translators. But, ultimately, the relationships had a more profound effect.

One day a young Albanian man who had graduated from the newly built English school came to me and said something that touched me. He said, “I can’t believe you care so much. All of you have saved my life, my family's life, and have helped my country. You have made us all feel big again. You have been a picture of what God's love really looks like. I think in God’s eyes we really are all the same.”

When he said this, I realized that I had the answer to my question. Ultimately, we inspire hope through relationships.

It was through this and many other encounters in Kosovo that I began to realize that too often in short term missions we had been going just to DO something, but now I wanted to make people the primary emphasis. To me, the people I met now mattered most, and I wanted to learn how to build and maintain authentic, healthy relationships with people different from me. It was out of this realization that I started Experience Mission. 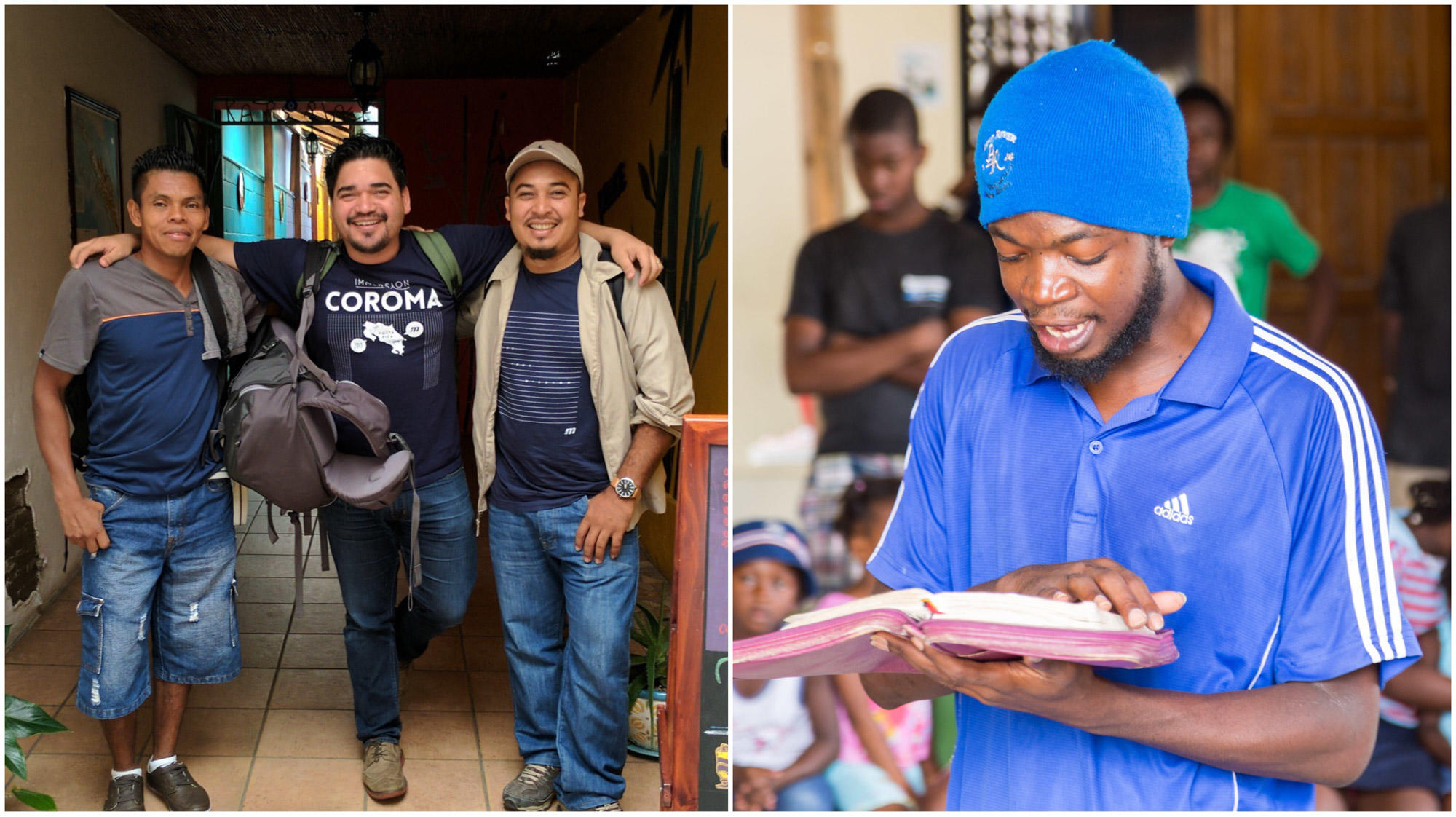 From the beginning, my desire was to develop a new way to approach building and developing relationships in a mission trip or any cross-cultural context. This led us to develop our Model for Mutual Influence, and it continually draws us back to caring about people more than projects.

When the short-term missions movement started the emphasis was often on evangelism and practical service. Teams felt they were going because they had something to give (primarily their faith and resources). But over time, I realized that short-term missions isn’t about the “rich people” going to help the “poor people.” It’s much more about taking the time to build authentic relationships, and this is what leads to real change in the lives of both those who go and the people they meet.

When mission trips stop being about people and relationships, they usually become all about the experience of the week itself, and those who receive assistance see all too clearly that they have become "targets" intended to facilitate change in those with disposable time and income. Of course, nobody intends to violate the dignity of the people they are serving, but I saw that often is exactly what happens.

I was aware how easily volunteer teams can become so consumed with a particular project that they fail to make the relational connections that create such a powerful impact. From its inception in 2003, Experience Mission has sought to guard people’s dignity by emphasizing relationships and long-term community impact.

When people make these connections they begin to care about injustice enough to want to actually do something that will create change. It becomes more than a 1-week experience. It’s potentially life-changing on both sides. 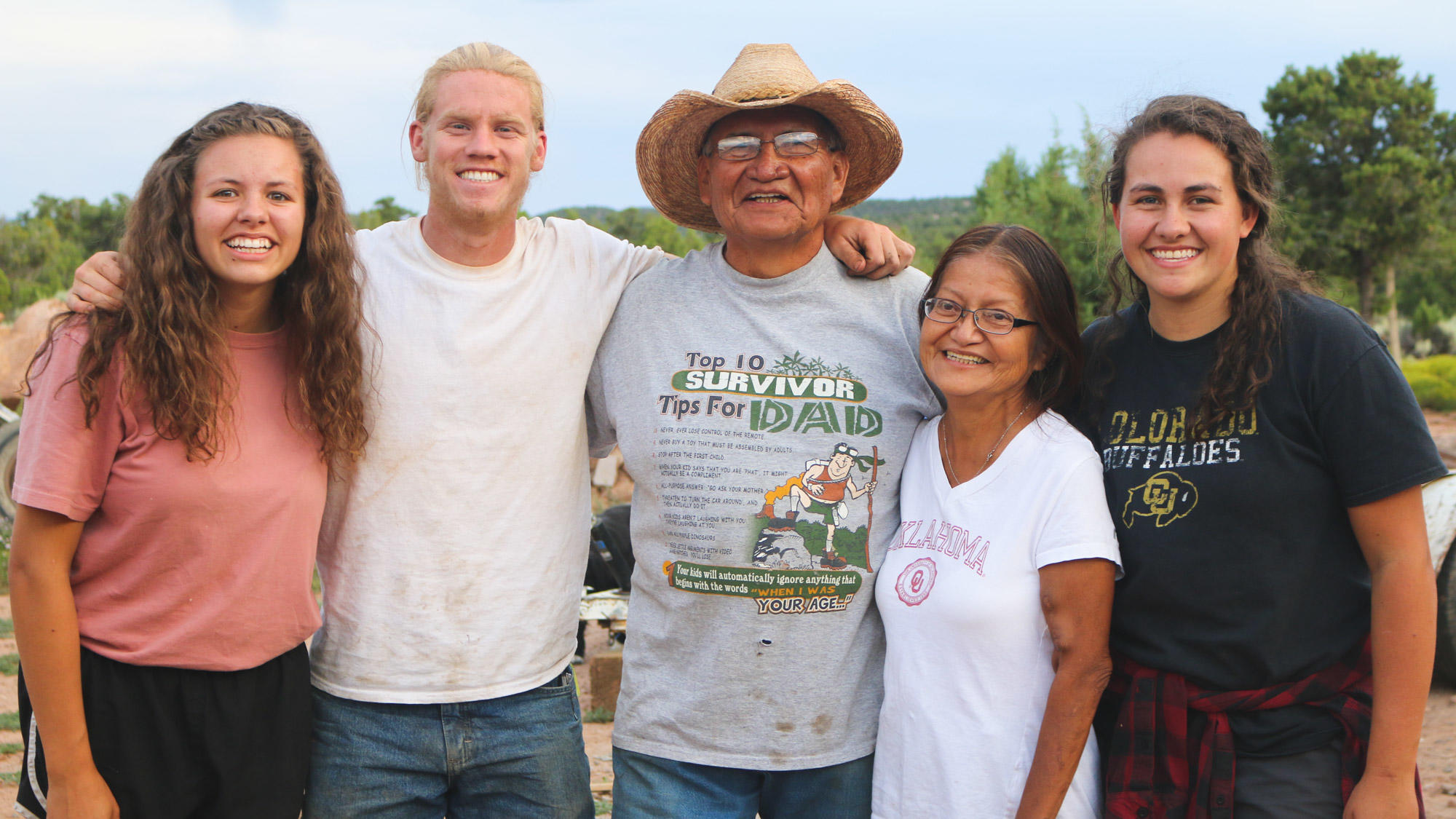 That's why Experience Mission emphasizes relationship building, and our staff members develop relationships with local community leaders. We always seek to ensure that the needs of the community are the first priority and that volunteers are invited to participate in the ongoing vision of the community. We want the primary focus to be on serving the communities, not simply providing a life-changing trip for volunteers.

This foundational principle by its very nature expands our vision for the future beyond just short-term missions. If each mission trip is part of a long-term vision, then the trips themselves cannot be the end; they must be part of something much bigger. As a result, Experience Mission continues to work toward our mission to demonstrate God’s love by Empowering Communities, Developing Leaders and Mobilizing Volunteers.

In everything we do, people come first—all of them. Because, as the young man from Kosovo said to me, “I think in God’s eyes we are really all the same.”

Learn more about Experience Mission: Our 3 Focuses, Our Approach to Missions, and How We Share the Gospel