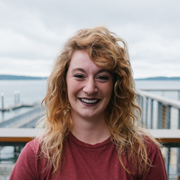 by Keren Kandel In the past, Keren served with EM as Summer Staff in Jamaica and Cuba and an IMMERSION team leader to South Africa. She now lives and coordinates all EM trips and programs in the Holy Land.
1M Holy Land3M Holy LandMission TripsHoly Land
Blog Home

Born into first-century Palestine, Jesus’ birth in Bethlehem was the pinnacle of God’s expression of being one with humanity. We’ve heard time and time again the Christmas story of the angel appearing to the shepherds and later the visit of the Magi to Jesus in Bethlehem. After the birth of Jesus, who was laid in the manger, we recall how Mary and Joseph fled to Egypt to escape Herod’s plot to kill Jesus, seeking refuge in a foreign place. (Mt. 2:13-15)

As a sense of nostalgia and warmth seems to envelop this familiar story, I would posit that there is great significance and parallels in what was transpiring in ancient Palestine with what is currently taking place in modern-day Bethlehem.

The story comprised of shepherds, the holy family seeking refuge in a foreign land and the visiting Magi put in present-day terms can bring the Christmas story to life in such a way that bids us come and live a life modeled after the King who was born in Bethlehem. 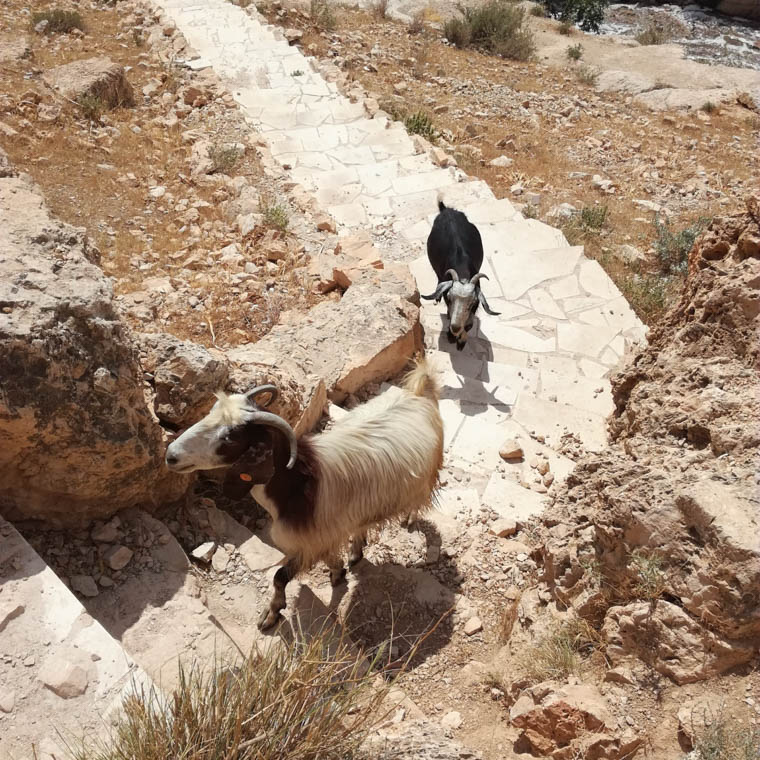 Shepherds
When the angels appeared to the shepherds living in the fields nearby (Luke 2:8-20), they rushed up the hill to see the newborn king. The town just down the hill from Bethlehem today is home to many Palestinian Christians and is believed to be the historic, biblical shepherds’ field. While many families are no longer shepherds or farmers, the small town still takes pride in being the ones who God sent the angels to first to take part in the celebration of the birth of Jesus. They went on telling the good news of Jesus that was for all the people.

The shepherds of the time were no one to behold, with low status and cast to the margins of society. Today, Bethlehem and other towns in Palestine are often viewed in the same manner. In the West, via media and common misunderstandings, Palestinians are often relegated to the margins (at best) and labeled "terrorists" at worst. They aren’t seen as major players when it comes to politics or even tour groups that visit the Holy Land. Their voices are often silenced, as one Israeli said to me once, “Before I got to know them (the Palestinians living nearby), they were just background noise in my life.”

The background noise to the birth of Jesus was one of the unassuming shepherds tending to their flocks, and today the background noise to the celebrated birth of Jesus is the daily life of Bethlehemites and those nearby. But it was these very people who God decided would be the perfect ones to be the first in line to meet the King of Kings. The principle of the last being first and the first being last was at play long before Jesus even spoke those words years later. (Mt. 20:16) 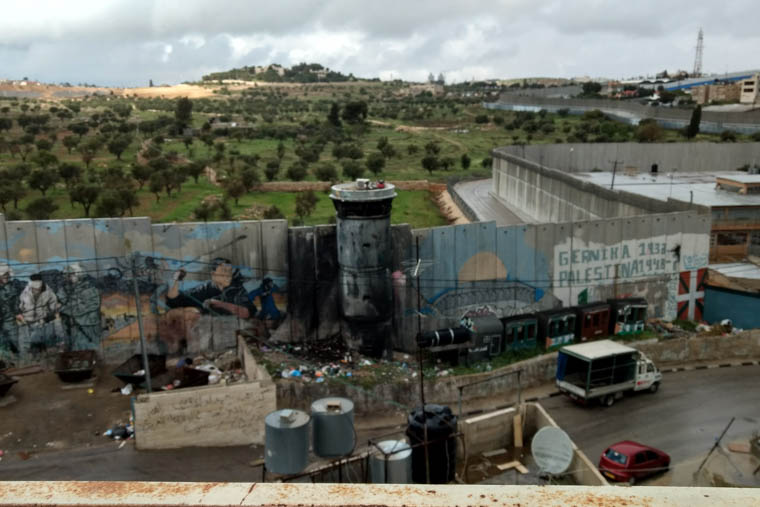 Refugees
As the angel appeared to Joseph in a dream telling him to take Mary and Jesus to Egypt because of Herod’s plot to kill Jesus, the holy family became refugees in a foreign land. Their arrival in Egypt could be paralleled to those that flee violence and persecution today. Mary, Joseph, and the infant Jesus were fleeing for their lives and seeking refuge until things calmed down and they could return to Nazareth. And so it went that after Herod’s death, the holy family returned to their homeland.

Today, with a refugee crisis that covers the globe, there still remains Palestinian refugees whose families were expelled from their homes in 1947-48 when Israel became a state. For 70 years, Bethlehem, like many other cities in the West Bank, has become a haven, and now a home, to those who fled the violence and expulsion of Jewish militias in what is now the state of Israel. Local Bethlehemites, both Christian and Muslim, gave up land for these refugees to use until they were able to return to their homes. Unfortunately, after 70 years of Israeli Occupation, these refugees have never been allowed to return to their homes. 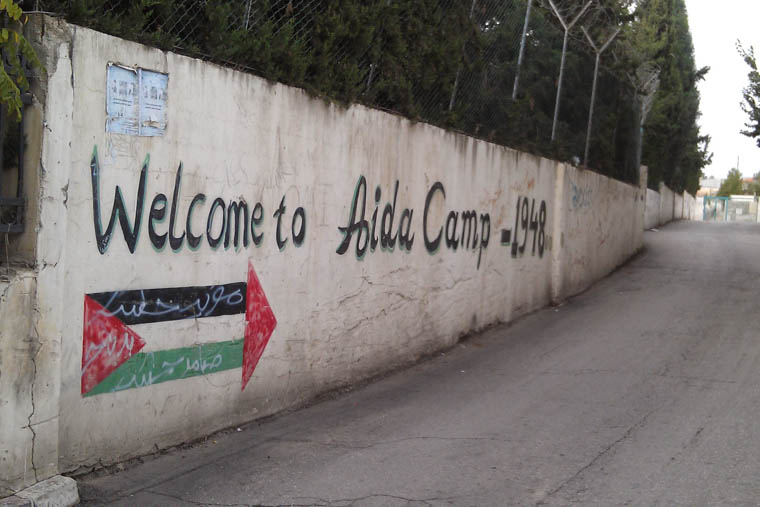 Bethlehem now consists of “local” Bethlehemites as well as a large Palestinian refugee population dispersed across three different refugee camps within the city limits. Bethlehem knows of the difficulty of refugee life and its legacy. Jesus, born in Bethlehem, also knows of the adversity and hardship of life as a refugee on the run. As the holy family sought refuge in Egypt, one can imagine the pain of being distanced from family, learning to live in a foreign culture and society, and fearing for one’s life. Jesus, a refugee on the run, entered into the struggle for freedom and life among humanity. 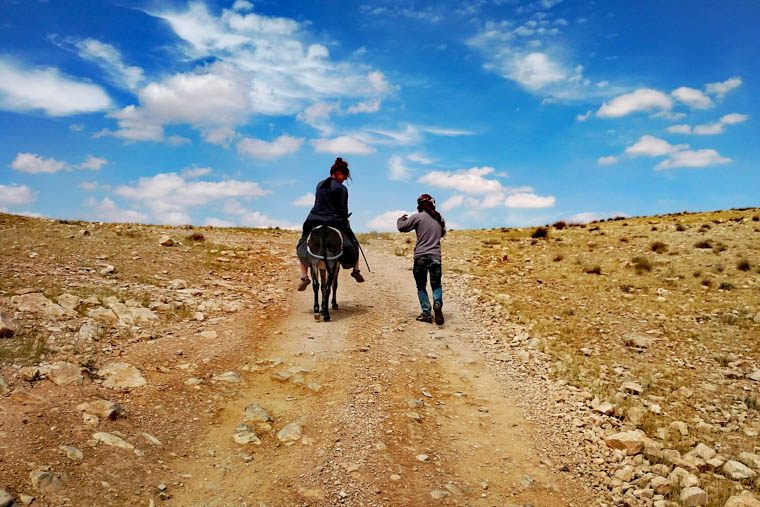 Magi
During the reign of Herod, the Magi from the east came to see the newborn king. (Mt. 2:1-2) As foreigners from a distant land, they came to see the Prince of Peace, led by a star. The long journey, while left without much detail, I imagine was full of unforeseen obstacles and experiences. They certainly faced opposition when they realized through a dream that Herod’s intentions with Jesus were far from honest. (Mt. 2:12)

As a foreigner in the land of Jesus, I, too, can look upon the land in such a way that doesn’t take into consideration the deep ties that hold people to the Holy Land. As I’ve come from a distant place where my world was largely homogenous and seemingly unaffected by global politics, my first stint in Bethlehem was groundbreaking.

So much of what the media depicted and what I had heard prior to setting foot here—in this community that was branded as "violent" and "hateful"—simply wasn’t true.

As a Westerner in Bethlehem, my time over the past four years has been filled with enormous warmth, heartfelt welcome, and spectacular hospitality. As someone who has traveled a great distance to stay in Bethlehem, not entirely unlike the Magi, my understanding of the world has begun to shift. The blessing that modern-day Bethlehem has shown me has been nothing short of graciousness and mercy.

People from across the globe come here to experience God in new and fresh ways. When we are pushed outside of our comfort zone, we are forced to reckon with others’ way of life. We allow the stories of these people to have a purchase on our lives so that we can better engage with the community around us. Perhaps sometimes the greatest gift one can give is the power of presence. 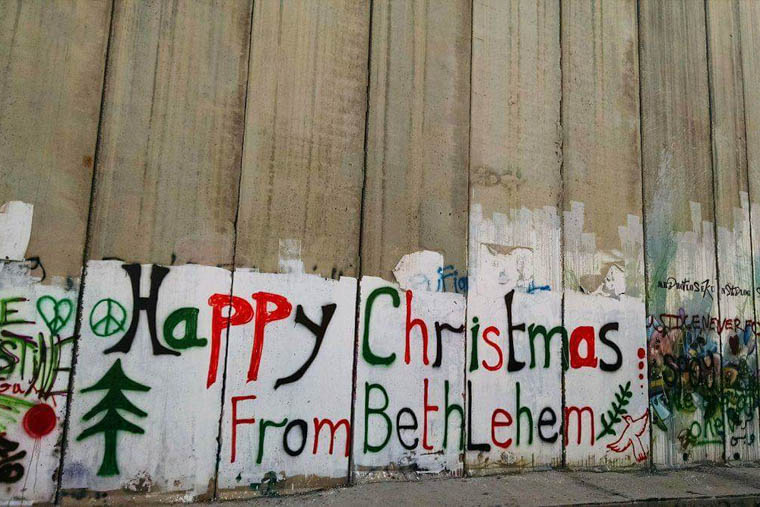 Bethlehem, Palestine
It should be no surprise to us that God continues to choose the lowly things of this world to bring God glory and honor, but I can’t help but think that there are all too many similarities between Jesus’ birth in Bethlehem 2000 years ago and where the town of his birth is today. The shepherds are the everyday, hard-working people of Bethlehem and the surrounding towns, refugees fill the camps living in difficult circumstances just as Jesus did fleeing to Egypt, and foreigners flock to the Holy Land to experience the life of Jesus just like the Magi.

As a person who falls into the category of a foreigner coming to a distant land to better understand the life and teaching of Jesus in the land that he taught it, I can’t help but think of the foreigners who are transported in and out to the Church of Nativity in Manger Square who are potentially missing out on the Jesus who was born into the ordinary, unassuming local population of Bethlehem both in ancient times, and also today. The warmth, kindness, and generosity of local Bethlehemites have taught me more about the love of Christ than perhaps any other people I've met. Lowly and cast to the side, these people have not grown cold to welcoming people into their world.

As a population that has suffered under an unjust and ongoing Israeli Occupation, they too know what it is like to live away from one’s homeland fearing for one’s life. Just as Jesus fled for his life, Bethlehemites—and more broadly, Palestinians—live in the same uncertainty of safety and security.

It is this very understanding that I’ve come to realize as I’ve lived among these people for several years that makes the Christmas story that much more real to me, but also makes the message of the good news of Jesus even more relatable to Palestine today.

Jesus knows what it’s like to be a nobody in the midst of chaos. He understands the plight of the weak, the lowly and the marginalized. He lived it.

And those of us who come from the outside are also welcomed to join in the celebration of his birth, life, death, and resurrection, which was meant for all people, with no exceptions. 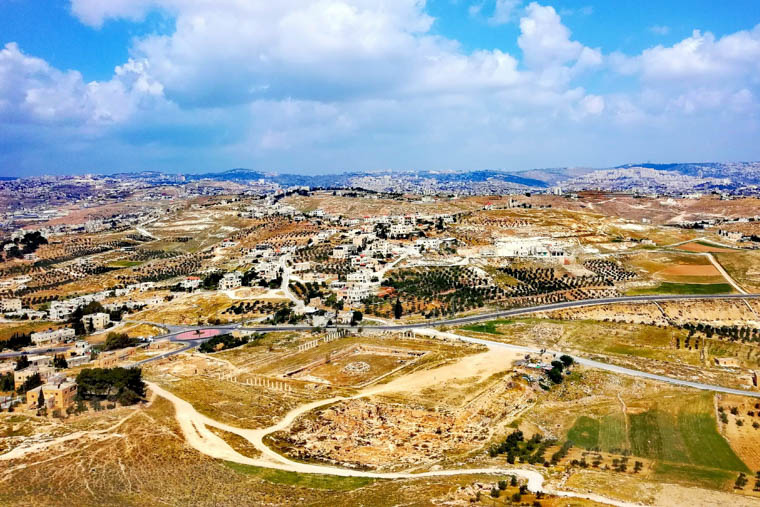 Jesus’ birth in Bethlehem 2,000 years ago in the midst of turmoil and difficulty is the benchmark by which we can say that our king was for the underdog, but never at the expense of the privileged. Jesus came and created space for all people: the lowly, the suffering, and the elite. The shepherds, the refugees, and the noble Magi from the East are all included in Jesus’ debut in our world.

Jesus’ birth, life, death, and resurrection are all examples by which Jesus eliminated the “us” and “them” and entered into the reality of all humanity. The Christmas story is one of scandalous beauty breaking down the barriers that divide as a refugee child was celebrated by both humble shepherds and lofty kings. We, too, are invited into the story of a child-turned-Messiah who calls us to love indiscriminately as the rain falls and the sun shines. 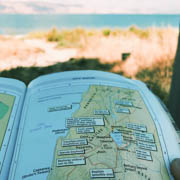 More Than a Map
Before coming to the Holy Land, I remember the time I spent just staring at that little map in the back of my Bible. I remember just sitting in my living room in little ol' Cleveland, TX, smiling at a map of a place thousands of miles away.
Read More 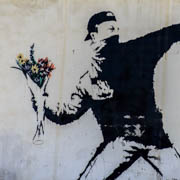 Let's Tackle This Together
What a challenge it is for me (and hopefully for you!) to realize that our life legacy is written day by day, minute by minute, friend by friend, stranger by stranger.
Read More