A New Take on Loving Your Neighbors 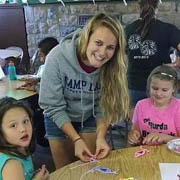 If there’s one thing I’ve learned from my time leading mission trips with Experience Mission, it’s that helping others is contagious. When local community members see mission teams helping out, they want to get on board and do the same. This was exactly the case for a pair of neighbors in Port Arthur, Texas, a few weeks ago.

The water was chest high in Austin’s home during hurricane Harvey. His wife had evacuated to Miami with family and he stayed back to take care of things at home. What no one in the community had planned for was the unprecedented amount of water that would envelop their community in the days ahead.

Over the course of two days, the small town of Port Arthur received more than 50 inches of rain, more than ten times the normal amount for the month of August. The town, partially located below sea level, was prepared for this. They had pumps in place to ensure that flooding would be controlled. But, when the pumps failed, no one was able to keep up with the rain.

Back in Austin’s home, water seeped in through the floorboards. The roads were already flooded and there was nowhere to go. Austin moved valuables as best he could. As the water rose, he tried to call for help, but 9-1-1 operators were overwhelmed with traffic and unable to even take his call. He waited overnight, standing on his dining room table and praying to God for someone to rescue him. The next morning a boat showed up and took him to safety. 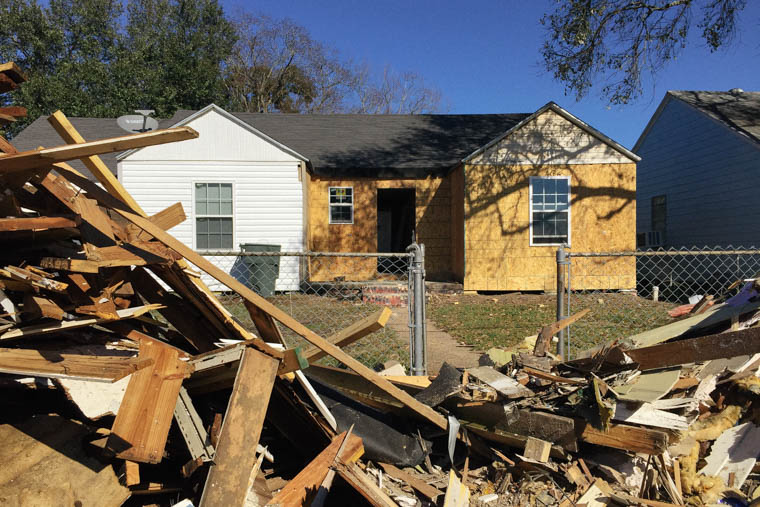 As water levels returned back to normal, the city was filled with relief workers who were able to gut his home, and a church group even helped him hang new drywall. But, as the story of the hurricane left the news headlines, volunteers became scarce and 79-year-old Austin was unable to do the work necessary to complete his home. He and his wife had been living off of microwaved meals surrounded by an unfinished home while they sought options to finish the work themselves with very few resources.

Eleven days before the arrival of our recent team, and five months after the storm hit, Austin prayed that God would send someone to help. When our team stopped by his home, he was overjoyed. As they began the preliminary painting process, Austin was quick to offer snacks and meals, and even picked up a brush and helped as much as he was able. This was an answer to his prayer. 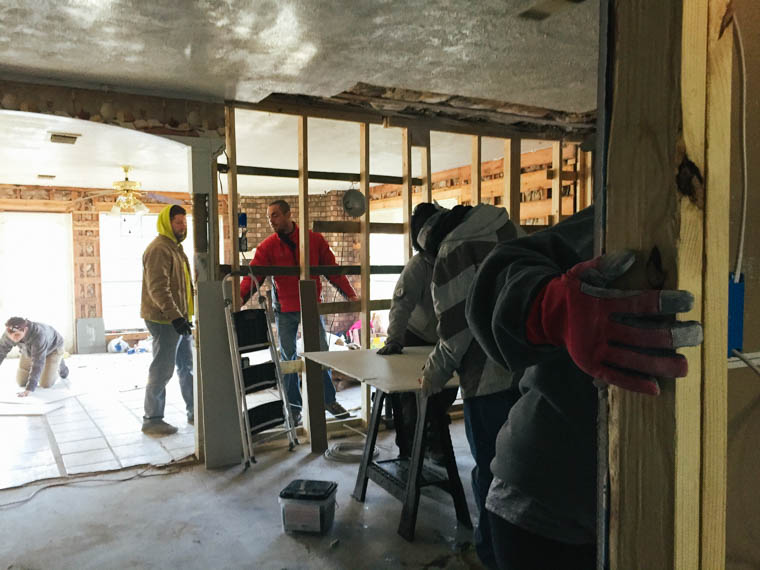 During that time, the team had the opportunity to meet Austin’s neighbor, Zune —a 76-year-old woman who had moved to Port Arthur just months before the storm hit. Her home had received little work beyond what her adult son was able to accomplish before heading back to Vietnam. Relief workers had promised to help but hadn’t come through on their word due to the magnitude of the work that needed to be done.

Zune, unable to do the work herself, resumed life—living out of boxes and borrowed things and treating her half-gutted home as if it were ordinary. As projects were completed at Austin’s home, the mission team asked if they would be able to do the work on Zune’s home too, which I was happy to organize for them.

Throughout the week, Austin checked in daily on the progress on Zune’s house, bringing over snacks and even contributing his own materials, like insulation, to ensure the work didn’t stop. Two neighbors who knew very little about each other before the storm, who didn’t even have the same native language, became a support system for each other, in part because of the mutual connections they formed mission trip volunteers that week.

I’d like to think God has a purpose for every relationship the teams form during their weeks of service on mission trips, but I know God orchestrated those relationships this week in a special way to strengthen His community and bring families together. Now, those families not only have restored homes, but they have stronger bonds with their neighbors and a greater understanding of God and the ways that He cares for them. 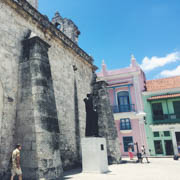 Love for Niños
They find friendship, love, and, acceptance at this ministry because they are at a safe place where they are seen as unique children of God.
Read More 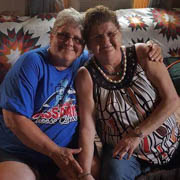 People Over Projects
The relationships built between the teams and community each summer are so vital because they change the way we think about mission work.
Read More