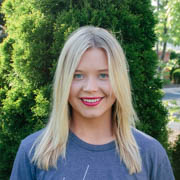 When I first arrived in Jackson County I was taken aback by the trees. The more I travel, the more I focus on the trees. Here in Appalachia, the trees stretch into the sky and are strong and the canopies shade the terrain like frosting on a cake. I love when we drive the winding roads and I can just focus on the trees. As I think about each tree, I think about how the tree got to the grand size it is. It all began with a seed.

Seeds are placed in the ground, covered with dirt, begin to decay and are never seen again. Seeds die. But, as we all know what comes out after a seed dies—the birth of something new. Paul tells us that, “When you sow a seed, it must die in the ground before it can live and grow.” (1 Corinthians 15:35)

The death of timidness

At one of our Kids Club locations in Jackson County a group of neighborhood kids watched from the bushes a few houses down the first day of Kids Club. When I went over to ask them if they wanted to join our kickball game, they ran away saying they were not allowed to leave their house. The next day with guards up and taking a slow walk up to the field where we were playing, they joined. Sarah, Isac, and Kaden. No smiles. No warmth. Yet, they were here.

As the days continued, the timidness of these kids began to die. Ever since then, they have been to Kids Club or the feeding program every single day. Now, when we go around each week introducing ourselves, team to kids and kids to team, one of the boys will introduce me, give my name, age, and always mention I am from Oklahoma. Yesterday, the family arrived early for Kids Club with a bag knotted up. Right as I saw them they rushed over to let me have a peek inside. A toy horse set, baby doll, doll house furniture and a book about Adam and Eve filled the plastic bag. I asked what this was for, and with joy and excitement they said, “The Blessing Box!!” The Blessing Box is a box outside of the HOPE Center that stores canned food or goods for members of the community to use or fill with items for each other. This was the death of their timidness as it started turning it into compassion. 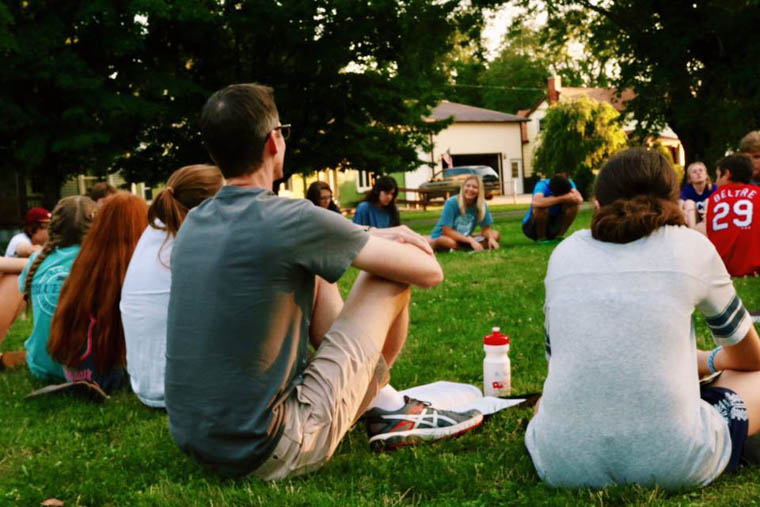 The death of closed hearts and minds

One of the first construction projects of the summer was to build a ramp for a woman in a wheelchair. The first time Sydney and I visited Linda’s house she approached us with little words or emotion. She was uneasy about showing us around her house, the floors in her kitchen, and the work she desired to have done. As conversations started flowing about animals and her collectables, her guard barely started coming down. We ended the day with a plan of potentially building her a wheelchair ramp which will allow her to access her front porch and yard, to paint her house, organize her home, and of course help fix the floors.

Now, about a month later, this relationship between Linda and the mission trip teams has taken a total 180. The first team’s impact and desire to form a true relationship with her changed her total demeanor. Now, anytime we stop by I have to make sure I have 30 minutes to spare so we can chat. She speaks about how she is growing in her relationship with God, and recently let me in on a little secret about McDonald’s Happy Hour. The Lord delights in the death of Linda’s closed heart and mind. 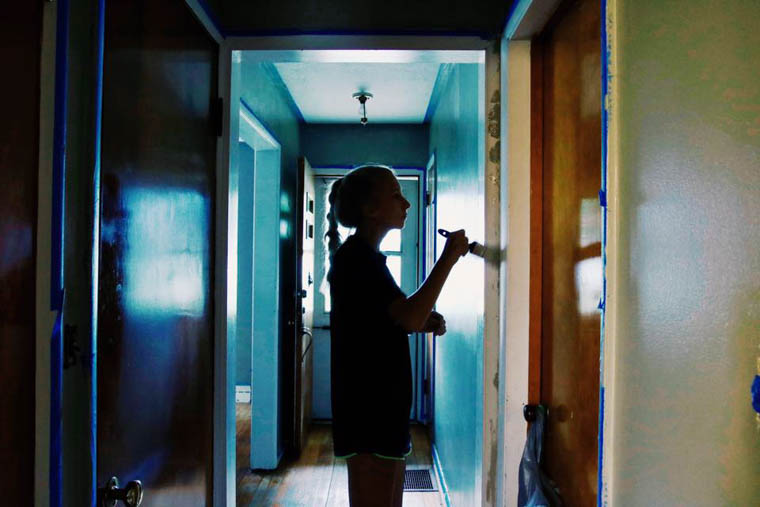 The death of walls

An ongoing project we have this summer is with an incredible woman named Kathy. Kathy lost her daughter years ago and took on the task of raising her grandchildren. Walking up to Kathy’s house the first time I was timid. I had my preconceived ideas and questions about how a house of this size and structure could hold so many people. In Kathy’s house, the first week, the team took down walls and put up drywall. Before the team got here, Sydney, Maggie, and I took the drywall sheets to Kathy’s house. And when I say "Sydney, Maggie, and I," I really mean Sydney and Maggie—they told me it was a two person job… But despite the distrust the girls had in my physical abilities, this gave me an opportunity to break down some metaphorical “walls” with Kathy. As I was standing in the bed of the truck removing the drywall bundles, Kathy approached with three chilled Dr. Peppers. Coming from a woman who not only has to support herself, but her grandchildren and great-grandchildren, this gift of a pop meant the world to me. Kathy and I talked about her dog, how smart her granddaughter was and so on and so on. The death of physical and relational walls brewing in that first encounter.

In some ways, this summer in Ohio began like 'winter,' with the death of timidness, closed hearts and minds, walls and fear.

Jesus summed it up best by saying, “Unless a grain of wheat falls into the earth and dies, it remains a single grain of wheat; but if it dies, it brings a good harvest.” (John 12:24)

The Message paraphrase puts the same quote this way, “You plant a dead seed; soon there will be a flourishing plant. You could never guess what a tomato would look like by looking at a tomato seed. What we plant in the soil and what grows out of it doesn’t look anything alike.”

The beginning of this summer, mission trip teams are planting seeds in hopes that beauty will sprout. The community is burying their seeds of fear, allowing relationships and hope to grow. 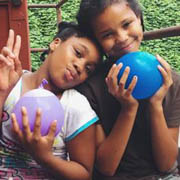 A True Servant's Heart
Through sweet Cedaysia, God reminded me what it means to be a servant here in Gary, West Virginia.
Read More 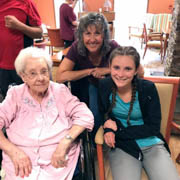 Dignity in Kentucky
The team followed the example Jesus set in the importance of dignifying others. They looked each resident path in the eyes, genuinely smiling and actually caring about how they were doing.
Read More